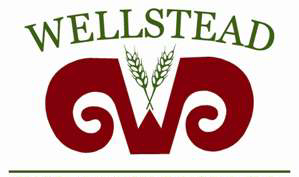 Objects
(1) The principal objects are:
Within the District of Wellstead to:
(a) Support and foster a sense of community and well-being for the residents and ratepayers;
(b) Assist with ecologically sustainable environmental management practice
(c) Contribute and support the broadening of heritage knowledge and protection of heritage
values;
(d) Represent the interests of the Wellstead District community.

Wellstead Progress Association in collaboration with Wellstead CRC run a number of community events each year at the freshly renovated Community Hall: 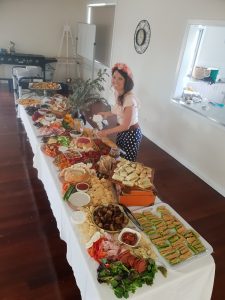 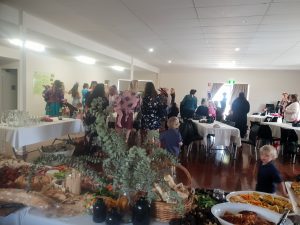 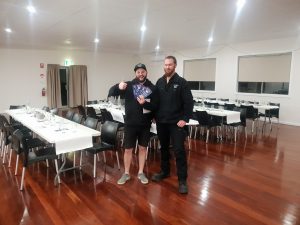 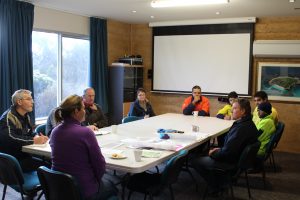 Above: Wellstead residents learning how to monitor water table with bores and piezometers through a State Natural Resource Management Grant obtained and administered by Wellstead Progress Association. 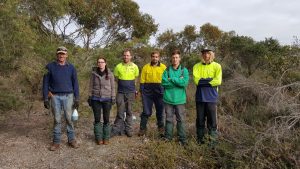 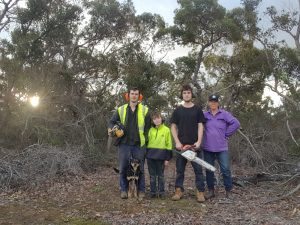 The following is an excerpt from “Wellstead- The Story of a District” published by the Wellstead Historical Committee in 1988:

The Wellstead Progress Association was formed in 1963 as farmers arrived to develop their blocks and begin a new way of life. The task ahead of the Progress Association, in the early years, was to plan essential services and amenities to establish a community. By 1965 there were twelve school age children living in the district. The Education Department offered to supply a School Teacher if the Progress Association provided a building for the school. Within a month, funds were raised and the school erected. In 1965 the sports oval was developed and a cricket pitch laid. The Education Department built the permanent school in July 1966 and the Teacher’s residence in 1967. The old school was then used as a Kindergarten. Social functions had been held in shearing sheds and the need for a hall became obvious. It was resolved that all local residents be asked to donate fifty dollars to finance a hall. The response was terrific – $2,430-00 being raised. With a bank loan of $2,000-00, the Hall was completed in 1969. Tennis courts were built and opened the following year.
Changing economic circumstances (drought and rural recession) completely altered the community outlook. All farm development ceased and economic survival became the keynote. Some families were forced to leave the district. By 1972, most people were resigned to the situation and started to move forward again, realising they would carry a heavy debt load for many years. Raising finance to convert Hall toilets to septic systems proved to be a severe test for members.
In 1973, the first Wool Day was held and has since become an annual event – four hundred people attending last year. Proceeds from Wool Days and fleeces donated have paid for a steel frame annexe, connection and wiring of the Hall to the S.E.C. The bank loan on the Hall was finalised in 1974. Apart from paying contractors to build and later wire the Hall, construction of all amenities has been carried out by members’ voluntary labour. The Constitution is designed to encourage participation at all levels.
The above resume of Wellstead Progress Association activities was written in support of an application grant from the A.A.P. to line the Hall. The application was successful and the work was completed in 1977.

WELLSTEAD HALL KITCHEN:
Lacking in adequate kitchen facilities for functions, a decision was made to extend the Hall to incorporate a kitchen. In the meantime, Tony Gorman (an inveterate peruser of auction and tender advertisements!) saw advertised for tender an ex-Public Works mobile kitchen located in Perth. The kitchen was magnificently equipped with all the necessities, including two brand new refrigerators and a large chopping block. On successfully tendering, the kitchen was trucked and re-sited to its present position by Brian Burns, for an all-in price of $5,000-00, and has been absolutely worth its weight in gold and the envy of surrounding districts!

S.E.C. CATERING:
The ladies of the district pulled together valiantly, when it was decided to cater for a minimum of 18 men during the S.E.C. extension through the Boxwood/Gairdner area in October/December, 1979.The local Hall suddenly appeared to become a beehive of activity with the buzz of numerous preparations for meals. Plates and utensils were counted and organised and work rosters co-ordinated. Everyone who was able, worked several sifts in pairs and those unable, backed them up by making soup and cakes for lunches. After much searching, scrapping, scratching (heads) and swapping – we came up with interesting varied menus – even for breakfast – but we were soon told: “Just bacon and eggs, please!” We all learnt from each other as we went along, a new recipe or different ways of doing things. Only once was the drone of the bee hive shocked into silence – the Monday the order of bread and milk didn’t arrive as scheduled, but this was soon righted and we catered on. The morning shift included making lunches for the men to take with them. Orders were written the night before and there were some strange requests. One preferred cheese and jam to meat and salad sandwiches; another had the temerity to ask for barramundi – a tall order – we offered him sardines! It was very hectic at times for the organisers, but the end result was reward indeed – over two-thirds of the money raised was profit amounting to $7,164-57!

WELLSTEAD HALL EXTENSIONS BUILDING FUND:
In late 1982, the Wellstead Progress Association made the decision to try and raise $10,000 over the next twelve months, with a view to future extensions to the Wellstead Community Hall. It was felt that if the sum could be raised in a year, that the community as a whole, would be seen to be behind the project. A concentrated fund raising campaign was planned for 1983, with all sporting bodies, the C.W.A. and various individuals contributing their time, effort and wide array of talents towards an extremely diverse number of projects (see the calendar). The target was easily raised in less than six months, and by the end of 1983, with the inclusion of a $2,500-00 grant from the Shire of Albany, over $18,000-00 had been raised – a truly magnificent effort on the part of a small community, especially one caught up in the middle of a drought. After such a tremendous effort, it was decided to push ahead with the proposed extensions. Plans were drawn up for the addition of extended Hall space, men’s and women’s toilets and shower facilities, a small meeting room and an entrance hall.
In the meantime, applications for Cultural and Youth, Sport and Recreation grants met with a negative response, so throughout 1984/85 fund-raising projects continued, and interest on money which had been invested, all helped to boost the building fund total appreciably.
A sum of $1,279-87 was diverted from the building fund – to purchase, re-site and bring back to A-one condition, a small building, which was to house the Wellstead Community Library.
In total from 1983 to 31st March, 1986 – $45,006-91 was raised towards the building fund, this sum including $10,500-00 in grants.
The successful tenderer, Graham Martin, commenced work on the extensions in September 1985 and the finished product was officially opened by Shire President, Harry Riggs, on Friday, 2nd May, 1986.